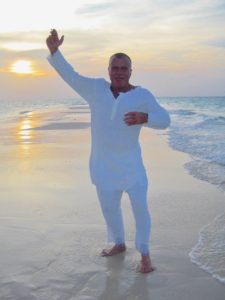 Emerson Dewey Skeens first came to Zanzibar in the late 1980s at a time when there was no tourist infrastructure on the island and only the occasional and intrepid backpacker attempted to visit it.

A passionate traveler, one of the benefits of his career as an educational therapist working with troubled adolescents in New York was that it left him the freedom to travel for several months at a time.

He would choose a place that appealed to him—Venice, Rome, Sevilla, Istanbul, among others—and spend several months there studying the art, architecture and culture.

His first trips to Zanzibar were brief, mere footnotes to his ongoing travels in Africa.

But increasingly intrigued by the island’s physical beauty and architecture, its music, complex culture, multi-layered history and the charm of its people, he soon decided Zanzibar merited a longer visit. In 1989, he returned for a planned four month stay, a sojourn that has lasted 25 years.

In addition to the people, it was the buildings in Stone Town that ultimately captivated his heart. There was one in particular —a veritable wreck of a house whose whole northern façade had nearly crumpled away. 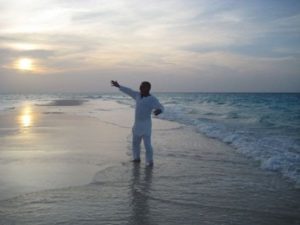 The only way to get to the tearoom on top was by rock-climbing. It was there he got his first aerial overview of the ‘higgledy-piggledy’ construction of Stone Town.

He was both impressed and depressed. Self-schooled in architecture and a lover of old buildings from a childhood spent living in historic homes in Virginia and New York, it was clear to him that much of the beauty he saw was about to collapse.

The scene struck him as a great playground for someone with his love of restoration and old things. “The whole city was falling into ruins,” he recalls. “Sitting on that rooftop, the buildings seemed to call out to me that evening. It was then I knew I had to stay”… he did! But he did far more than just stay… 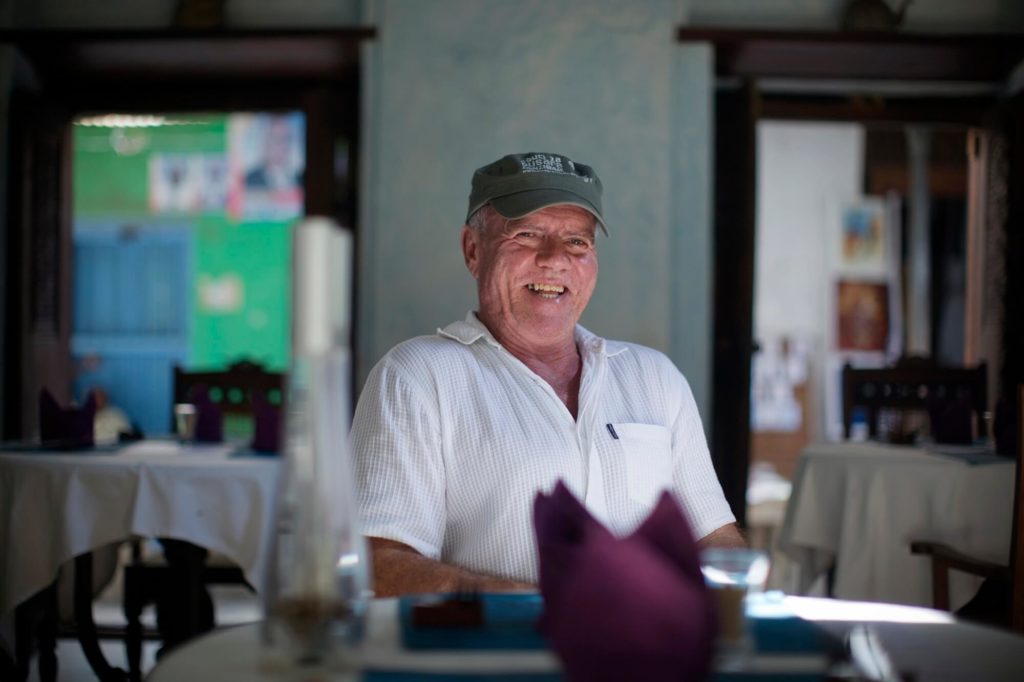 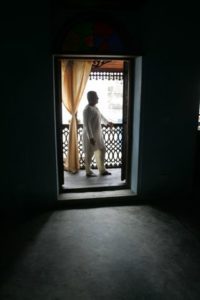 Emerson was a Zanzibar resident for 25 years. He had a long and meaningful association with the Stone Town locality and it’s inhabitants. He saw opportunities to use his manifold talents and brilliant mind to create, among other things, three flourishing hotels. These have featured in worldwide travel magazines, all of which note Emerson’s signature style in flamboyance, ostentatious design and extravagant hospitality.

Emerson brought to Zanzibar a vast knowledge of the arts, music and international culture which he used, in partnership with others, to establish: 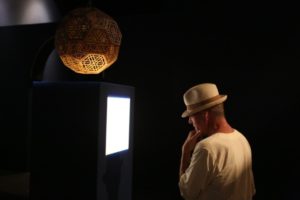 His development work extended beyond Zanzibar to Chole, Mafia Island, where in 1997 he encouraged the inauguration of ‘The Chole Womens Development Society’, one of the many impacts Emerson’s spirit has generated.

Emerson had an unquenchable passion for opera, classical arts, literature, haute cuisine, philosophy and body building. His breadth of knowledge on many subjects was awe inspiring and he maintained a fervent interest throughout his life in the pursuit of these pleasures. Whilst living in NYC he was a frequent visitor of museums, theatre and the Metropolitan Opera. He had a deep and enduring love of Italian art, which, on occasions lead him into remote mountain villages tracking a rarely seen artwork. This passion also took him to Italy on a penultimate voyage to see again the sculptures of his hero ‘Bernini’.

His intense love of opera took him on his final journey abroad to Vienna to see his favourite operas; Nabucco, La Traviata and Norma at The Vienna State Opera House. 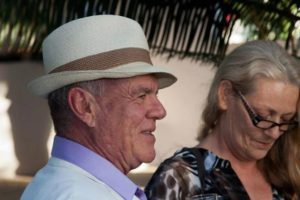 Emerson’s love of culture went well beyond the obvious. He educated and inspired young people to celebrate and appreciate the complexities of their cultural heritage. He shared his knowledge of Islamic philosophies to deepen the meaning of heritage building and culture in Zanzibar. He tried to elevate local ‘tourist guides’ to become knowledgeable ‘ Heritage workers’.

Emerson loved people and he loved partying. He enjoyed hosting and entertaining the guests in his hotels. He thrived on social gatherings and indulging in crazy activities, such as the ‘infamous’ golf held at the garden of his home in Soko Muhogo. Evening debates in his Tea House could traverse the universe such was the range of interesting people in his life and the knowledge and diversity of his interests.

Emerson was a connoisseur of international cuisine and his love of food translated into delicious and unusual menus. He drew inspiration from Swahili cuisine and one of his greatest pleasures has been the creation of dishes that hold international appeal.

Health and body conscious from an early age. Emerson understood and practiced the discipline of regular weight training. He encouraged, educated and inspired others to discover the benefits of healthy regime.

Emerson was a loyal brother, uncle, cousin, baba and friend. Relationships over his lifetime are rich with stories involving both exciting and outlandish exploits as well as depth and caring for his family and friends. His hopes and plans to make life better for others were integral to his daily life and are realised notably in the form of the ‘Emerson Foundation for Zanzibar’ to support arts and education in Zanzibar; an enduring legacy for the development of Zanzibar culture and individual aspiration. Emerson will always be a citizen of Stone Town locality. As a son of Zanzibar, he rests in the earth of the islands, and will be forever held and cherished here.