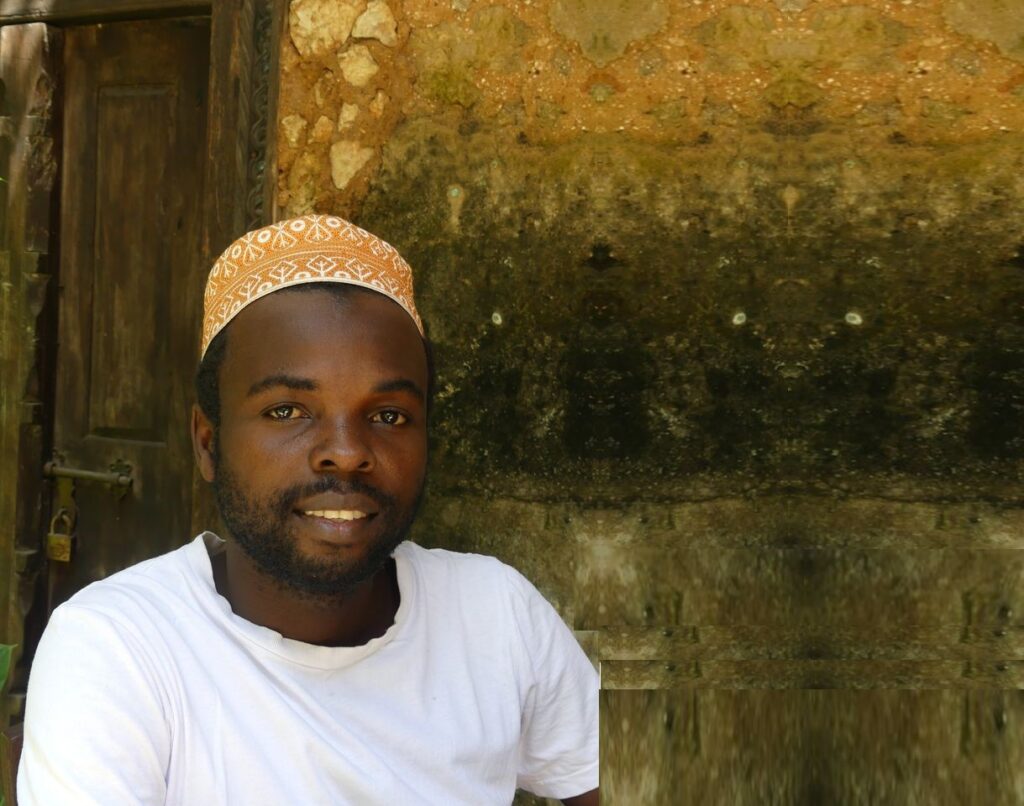 Said Bhai not only preserves Zanzibari musical culture by playing the ‘ganun’, (or qanun) he MAKES the instrument too!

The qanun is a stringed instrument of the zither family that is native to Egypt and Turkey. It is a complicated musical instrument that is very difficult to make, which makes Said a rare breed.

Said Bhai is considered one of the youngest and the best builders of the qanun in Tanzania.”  Musika Africa

The qanun, kanun, ganun, ganoun or kanoon is a string instrument played either solo, or more often as part of an ensemble, in much of the Middle East, North Africa, West Africa, Central Asia, and southeastern regions of Europe. see: Wikipedia

Said, who was born in a small village called Uzi Ng’ambwa on the island of Zanzibar, is a carpenter by profession and also a taarab musician – a local genre not typically associated with the instrument. His workshop is located in Meya village in the Jang’ombe area of the island. He started learning the craft aged just 9 and by now he considers himself a fairly fine carpenter.

Said started experimenting with making musical instruments in 2010 out of curiosity for how they were made. Although he was able to make other instruments, it took him a while before he could make his first perfect ganun, which he accomplished in 2014. “When I looked at the qanun, I realized it was made of wood and that it looks like a piece of furniture. So I decided to try my hand at it. I am happy that I tried and eventually got it right.”

The parts of a ganun are delicate and have to be finely crafted in order for it to sound right. Making a perfect-sounding ganun requires special wood that can withstand both hot and cold weather. Zanzibar is fairly warm throughout the year and Said knows that the weather could be favourable to the instrument if made from local timber. However, if the instrument were to be exported to cooler climates by a client, it might develop defects and may not work perfectly.

The best wood for this instrument that grows on the island comes from the mdoriani tree, while there is another wood not native to the island that is equally suitable: gelvelia. Gelvelia comes from mainland Tanzania and has to be shipped in, which makes it relatively expensive. 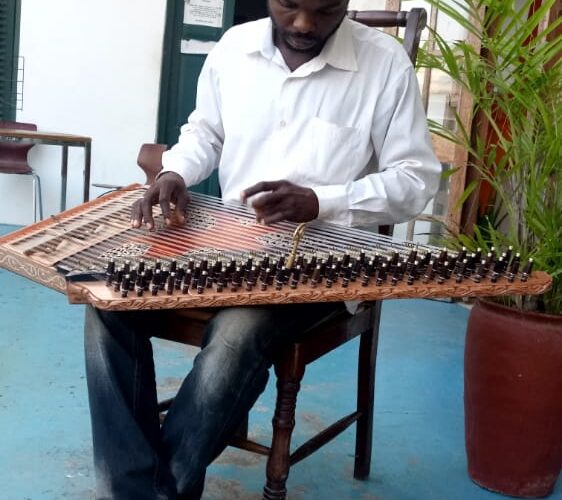 Making a qanun is painstaking work that requires patience and keen attention to detail. Said spends up to one month working on just one qanun. Part of the reason for this is that he doesn’t own the right tools for the job and has to improvise using the ordinary carpentry tools that he has. According to Said, the easiest part of the job is making the narrow trapezoidal soundboard, which takes him a week to complete. It is the frets and the tuning pegs that are the most difficult and take him the remainder of the month to complete. These have to be done perfectly, otherwise the qanun will never sound right.

There are two types of qanun that Said can make: Egyptian and Turkish. Although they are essentially the same, they have marked differences both in the way they are made and the way they sound. According to Said, the Turkish qanun is more complex and has a richer sound than the Egyptian one. Egyptian (and European) qanuns employ half-tones, while the Turkish (or Arab) qanuns employ quarter tones.

The Turkish one is more interesting to me because of its design, it has more frets than the Egyptian one, meaning it has more chords. While the Egyptian one has a quarter, half, three-quarters and a full chord, the Turkish one has an eighth, a quarter, a half, three-eighths, three-quarters and a full chord. This means that even if someone can’t sing well, you can still strike a chord for him on the Turkish ganun!

The qanun is played by plucking the strings with two tortoise-shell picks, one in each hand, or by the fingernails. It has a range of three octaves, from A2 to E6. According to Said, the fewest strings a qanun can have is 78, meaning the corresponding tuning pegs have to be equal in number. The typical Turkish qanun has 26 courses of strings, with three strings per course. To change the pitch while playing, the musician uses special latches on each course called mandals.

Although the instrument is yet to gain popularity with the island’s taarab musicians, it is slowly making headway. A modern taarab band recently contracted Said to incorporate it in their recording. Bands who have so far used the instrument include Malindi Taarab Club, Culture Music Club and various taarab groups at the Dhow Countries Music Academy, a local centre situated a stone’s throw from the Old Fort that offers music training to upcoming musicians. As for mainland Tanzania, there are currently no qanun players that Said knows of. Whenever mainland musicians want to incorporate the qanun into their compositions, they have to source both the instrument and the player from Zanzibar.

Although the qanun works with other forms of music, Said feels it is more suitable for traditional taarab – the so-called “cultural” taarab. According to him, no proper cultural ensemble is complete without the qanun. However, the instrument is not only restricted to taarab. “People are slowly realizing what the qanun is and increasingly they invite us to incorporate it into their music,” explains Said. “We have added its flavour to hip-hop music, popularly called Bongo Flava. We are trying to make people realize that this instrument is not just for use in taarab music.”

Although Said is currently the sole maker of this unique instrument in Zanzibar, he is not the first to try. He claims that another local carpenter attempted to make one a while back, but abandoned it half-way when it proved too complicated. Given the lack of competition, one might assume that Said is able to make a good living from his craft. Actually the opposite is true – he says he is struggling to make ends meet. “The qanuns I make fetch Tsh. 2 800 000 (about US$1500) in Turkey. But here in Zanzibar, I sell them at about Tsh 1 000 000 (US$530), which is not even half of its worth. But I still do it to help musicians and to advertise my trade.

Had I been working in a proper environment, I could make up to 40 or 50 quality qanuns a month,” he continues. “At the rate I am selling them here, I can’t really sustain all my needs. But I have to hang in there. The irony of living in Zanzibar is that if I were to brand my qanuns ‘Made in Turkey’, then they would fetch three times more! People here value something according to where it is coming from. 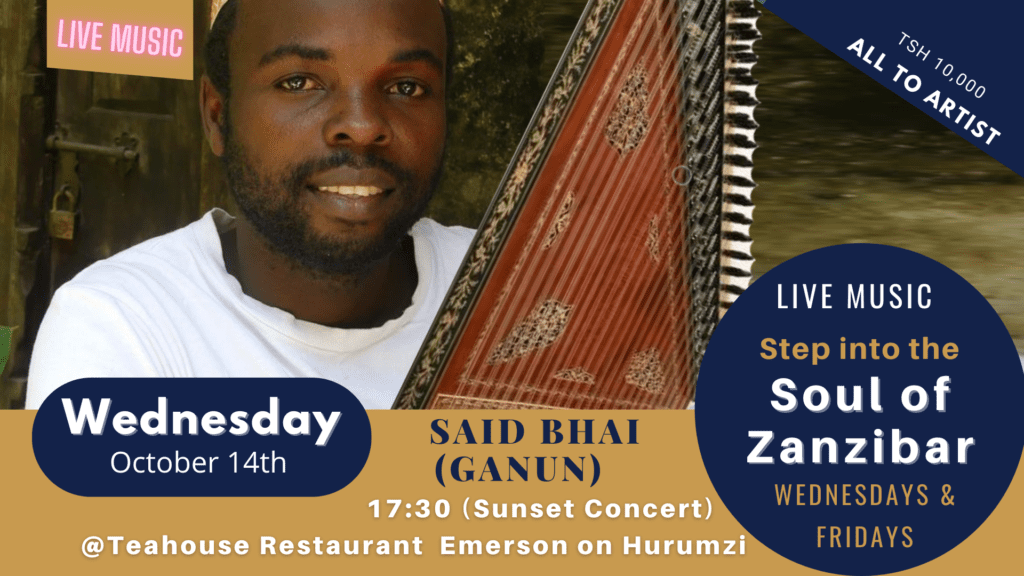 Articles about the gagun instrument:

With thanks to Musika Africa  and The Dhow Countries Music Academy 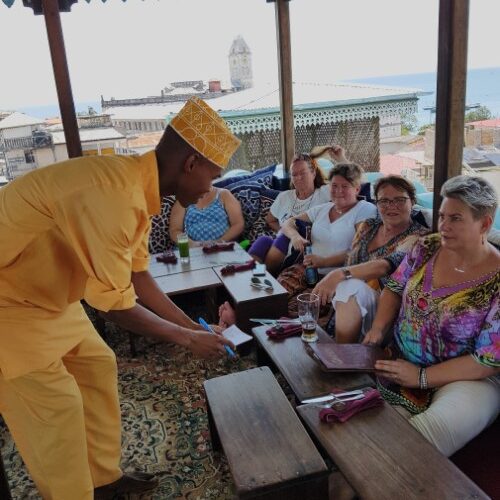 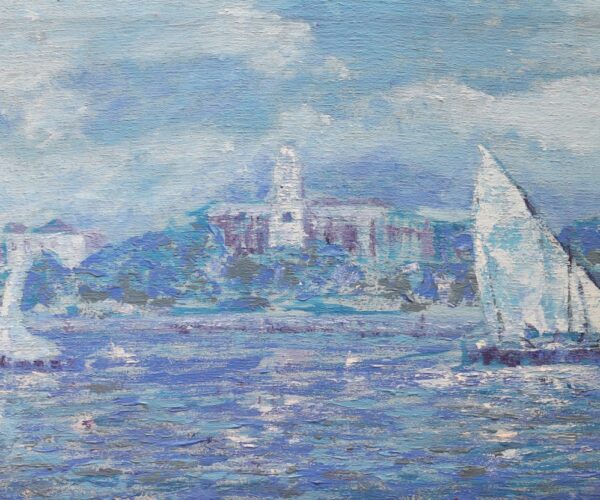